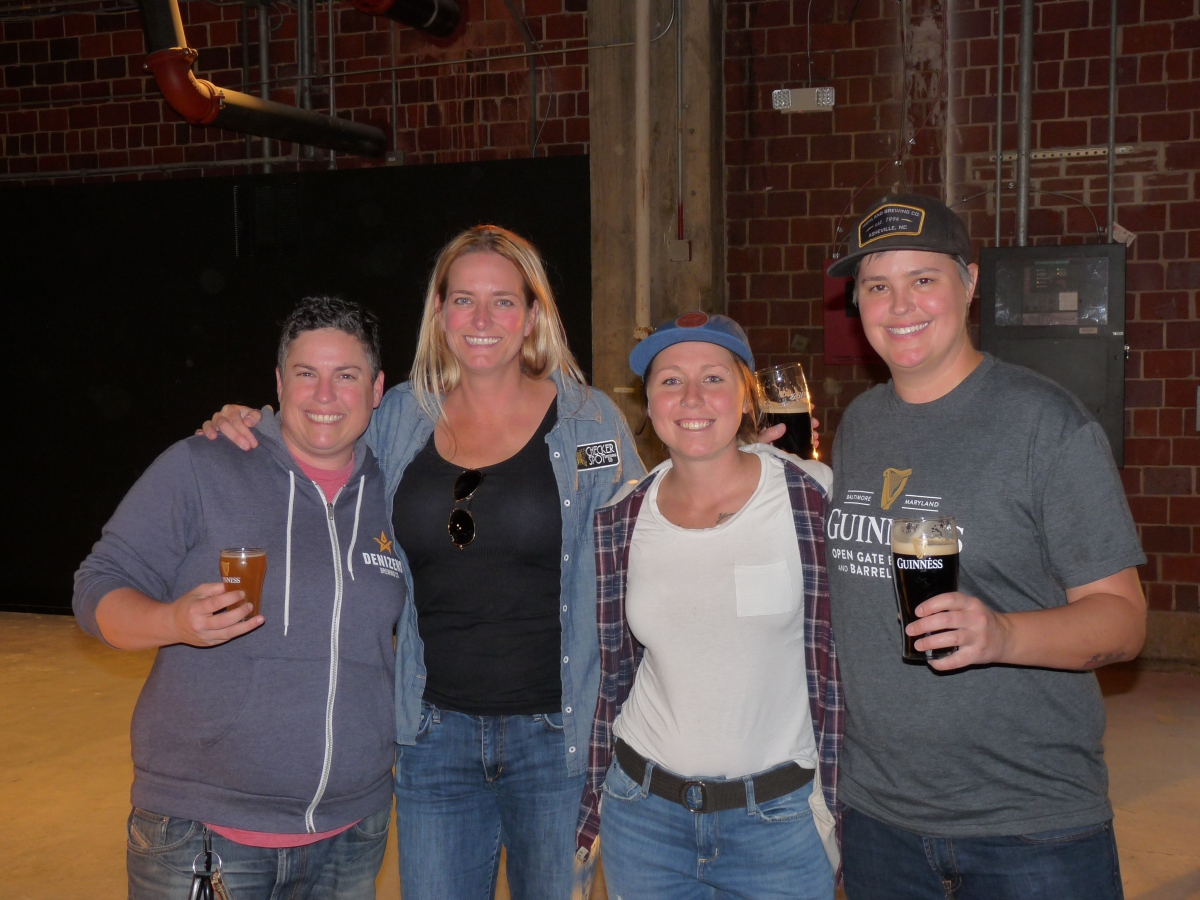 The arrival of Guinness in Baltimore was met with mixed emotion, instead of the expected anticipation of a new brewery opening in the state. In large part this jubilance was muted due to the legislature in Annapolis cutting backroom deals at the behest of special interest groups while ignoring the welfare of the craft brewing industry in the state. This was carried out with absolutely no regard for the breweries and their role as a driving economic force in so many communities across Maryland. Despite the legal wrangling, the brewers of Maryland rolled out the welcome mat for the new Guinness Brewery in Relay on Friday for their (pre-opening) Industry Night. Union Craft, Denizens, Pub Dog, Monocacy, Jailbreak, Checkerspot, Key, Heavy Seas, and a host of others were represented. The event revealed a first look at the taproom and the sampling of what Hollie Stephenson (Head brewer) and Peter Wiens (Brewmaster) had in store for those experienced palates in attendance.

The evening was a success, and the brewers of Maryland demonstrated their generosity of spirit, and the brother (and sisterhood) that Maryland breweries are so well known for. The offerings ranged from expected staple beers Guinness Stout, and Guinness Blonde Lager, to the rare and small batch. These special delights included the dense, luscious Foreign Extra Stout on draft (apparently for the first time in the USA), and the small batch Golden Series #1. This blonde ale was exceptional, a favorite for most in attendance. It comprised a beautiful compilation of hops (Mosaic, Amarillo, and El Dorado) that complimented Guinness yeast as the ale was fermented at higher temperatures. This brought out an abundance of aromas and a distinct, yet not overwhelming note of peach that married the flavors beautifully. To the credit of Diageo, they have brought together a winning team in the brewery. Maryland is looking forward to what they have in store for future brews in their Golden Series, and beyond.

The taproom is clean, industrial, and spacious. The expected barrel tables accompanied stools for a brief respite while sampling. This however is merely the beginning. Guinness plans to finish off the taproom, and construct an expansive beer garden that can accommodate several food trucks. Additionally a small hop farm is planned for a sensory experience, along with a pub style restaurant on the third floor of the facility where beer and food pairings will take center stage. Of course much like the St James Gate Brewery in Dublin, tourists will be guided through the history of Guinness, and the brewing process with substantial displays, and a retail store from which to purchase remembrances. The 100 hectolitre brewery will be housed in a separate facility, to accommodate the needs of the anticipated 300,000 tourists per year. Coincidentally, Greg Norris of GEA Brewery Systems (formerly the owner of Clay Pipe Brewing in Westminster) happens to be responsible for supplying this brewing system to Guinness.

With a 10 hectolitre system (in addition to the 2 barrel test system) there is much room to experiment with new brews from a hazy New England IPA, to a Belgian, and a host of other brews. It also provides the perfect opportunity for collaboration brews. In just a few hours, collaborations between Guinness and a few different Maryland breweries were already lined up. There is quite a bit in store for beer aficionados in Maryland and beyond! Guinness will no doubt draw a large tourist population, but all of our breweries should benefit. Collaborations will bolster that. Beer tourism was already thriving in the Free State due to our incredible craft brewers, and the arrival of Guinness will foment that trend. All we need now is an adjustment to the legislation and Maryland will become the premier destination for breweries in the United States!