What is in store for craft beer lovers at the new brewery breaking ground in Queen Anne’s County? 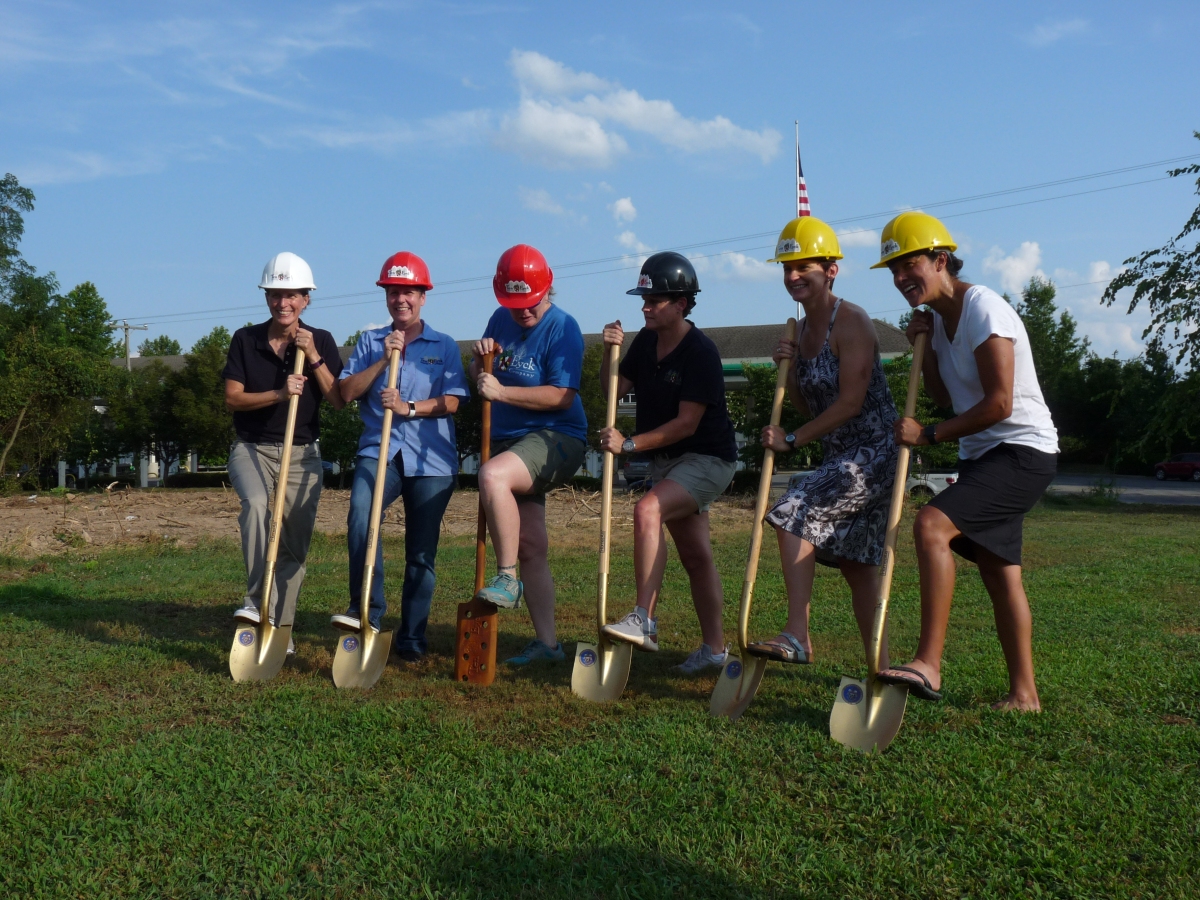 Sunday marked the official groundbreaking of a new brewery in Queen Anne’s County- Ten Eyck. The name is familial, drawn from founder and brewmaster Nicki Sener and her father, affectionately known as “Gangster Ten Eyck”. The Ten Eyck family emigrated from the Netherlands during the Colonial era and planted roots throughout what eventually became the United States of America.  Etymologically, it is derived from the Dutch and translated as ‘under the oak’ or ‘lives at the oak’. Charming most certainly, but not the most interesting aspect of this new brewery.

It is the women behind the brewery that provide the most intriguing story behind this venture- veterans and first responders. Nicki Sener is not only the founder but both a veteran and a first responder (law enforcement). Sharon Horgan and Shayne Sewell both served in the Air Force along with Michelle (Mo) and Jennifer Barrett. Jessica Hammond Graf coached women’s rugby at the Naval Academy, while she and her wife Yancy Hammond Graf both played for USA Women’s Rugby. What brought them together? Rugby and craft beer, and a common set of experiences.  It was actually Yancy that first delved into mash tun of homebrewing while playing rugby, and from that point forward it became an integral part of the group dynamic.  Although quite talented, Yancy has since passed the mash paddle off to Nicki, and for good reason,

“It was easy to believe in the vision of Ten Eyck, because we enjoy the creativity that emanates from this woman.” Yancy Hammond Graf, speaking of founder Nicki Sener.

If you hadn’t guessed by now, these women are close- they not only support one another, but perhaps more importantly build and invest in each other. They champion strengths while helping buttress the gaps. They are a united front, one that not only understands the magic of teamwork, but the essential role of allowing individual character to shine.

The brewery is situated on a patch of land ideally suited for local patrons and travelers. Ten Eyck is just off of Grange Hall Road and Rte. 213, within spitting distance of Route 50 (Blue Star Memorial Highway or Ocean Gateway- you choose.) The location also happens to be directly across from Chesapeake College and the nearest gas station. Between beach goers and the college crowd, foot traffic should not be a problem for Ten Eyck no matter the time of year.  The 4,244 sf facility will house a 10 bbl system from Oregon, with three 10 bbl bright tanks and a 20 bbl fermenter. Foeders are also in route. For those of you unfamiliar, they were created predominantly for wine although other craft creations from spirits to beer have incorporated these enormous wooden vats in the maturation process. The high liquid to wood ratio provides a perfect environment for the beer to develop, while imparting oak, vanilla, and other mellow characteristics into the alcohol without threat of acidification that is often a product of smaller barrel ageing. The vast height of the vessel allows for greater capacity with a smaller footprint than standard barrels. Lagers and stouts are ideal for Foeders, and if dedicated- can make a particularly sublime sour.

The taproom will have 12 taps of myriad styles. The goal is to offer a little bit of everything to the consumer from lagers, to IPA’s to sours. For the non-beer drinkers they are also crafting both soda and cider. There will not be a full kitchen, so food options include a picnic lunch, or available food trucks. Ten Eyck will have a full bier garden, complete with dog pools for your waggy-tailed quadruped, and perhaps a hitching post for your thoroughbred. They have literally thought of everything!

I have sampled Ten Eyck’s offerings before, but on a 94 degree day filled with bright sun I was curious how my opinion and my palate might be informed. I will begin with the one thing I rarely drink- cider. It was quite perfect for such a warm afternoon. The blueberries and blackberries were all locally grown and handpicked, lending themselves to a lingering and immensely refreshing mouthful of bright, full flavors that would have been lost in mass harvested berries, but were not overpowering.

The Blackberry Rye IPA offered a similar profile in that it was fully flavored, yet impressively balanced between the hop profile and the expected bite of the rye.  My favorite however was the Tail Dragger IPA. This little beauty was named after Hanna, who not surprisingly is a pilot who was gracious enough to actually wear a t-shirt with her plane imprinted upon it. This cunning craft was a merger of Galaxy and Citra hops, producing an IPA that brought forth every nuance of malt underneath the hop profile that was not at all overpowering, but brilliantly complex.

The brewery is slated to open no later than January 2020, although they are hoping for an October debut. This remarkable group of women are building something incredible together…..stay tuned and don’t forget to thank them for their service!